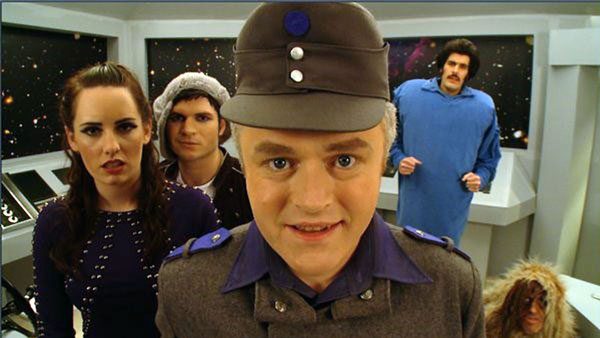 Created, directed and produced by Kevin McCann for RTÉ Storyland.

The madcap adventures of Captain Seamus Burke and his 400 year old alien friend Romtox and the crew of the SS Tryer - Smock, Elaine, the Clutch and Boris the diesel mechanic, who set out to do as little as possible.

Filmed in the courtroom in Belturbet, Co. Cavan, it was inspired by a conversation between Kevin McCann & Thomas Small in the local parochial house when contemplating the town's oddly shaped reservoir.